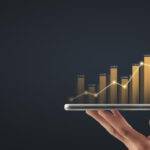 Distillate pricing has soared throughout the month on the back of a weak Canadian dollar. Refinery and terminal maintenance have contributed to major drawdowns in supply earlier in the month. Whether this impact is further realized is yet to be determined. Demand remains strong as we enter furnace oil season. Gasoline prices have reflected the […]

Fall has arrived! Turbulent weather down south has brought some cool weather to southern Ontario. Frost is expected throughout the first weekend in October. The Farmers’ Almanac projects a slightly colder winter than normal. Our bulk propane plant in Stratford is close to fully operational. This will ensure we’re well supplied during the heating season. […]

As expected, market volatility has continued over the last month. Geopolitical influences are weighing heavily on the decisions of traders and producers appear to be struggling to build inventories. There was a drawdown on crude oil in North America last week. Most of this volume has been exported to Europe to prepare for winter. There […]

We have seen the price of Crude Oil retreat throughout July and into early August. It seems that North America is well supplied, but the uncertainty in Europe is keeping pressure on the price. OPEC+ is meeting in early August. The expectation is that they continue to pump oil at present levels or increase production […]

We’ve experienced a slight drop in propane prices throughout the spring as demand has cooled off. However, inventories remain well below the five year average. This is likely to mitigate any downward price movement, into the fall, if the gap isn’t reduced. Our brand new bulk loading facility in Stratford is projected to be operational […]

Aided by a drop in demand, propane inventories have recouped throughout the month of April. In turn, the price of propane has dropped marginally and, aside from the carbon tax increase, appears to be about even with the price immediately prior to the invasion of Ukraine. Though the end of the month was chilly, expect […]

Fickle propane prices continue into the spring, as we haven’t experienced any relief – which would be typical for the time of year. Inventory hasn’t quite rebounded and remains at a five-year low. However, It looks like there’s enough propane in the system to get us well into spring. Degree days continued to resurge in […]

Overall, the price of propane has risen another couple of cents. At this time, North American supply is considerably lower than the five-year average. However, the shortages are predominantly in the Gulf Coast, so we are well-supplied regionally. The omicron variant appears to be shifting towards an endemic stage, hopefully alleviating some burdensome restrictions on […]

Due to unseasonably mild weather, the demand for propane has been reduced. We can expect a decline in prices if this continues into the winter months. Flood recovery in lower-mainland British Columbia is underway to restore the rail lines—meaning the refinery will soon return to full capacity. The crude market has been volatile of late, […]